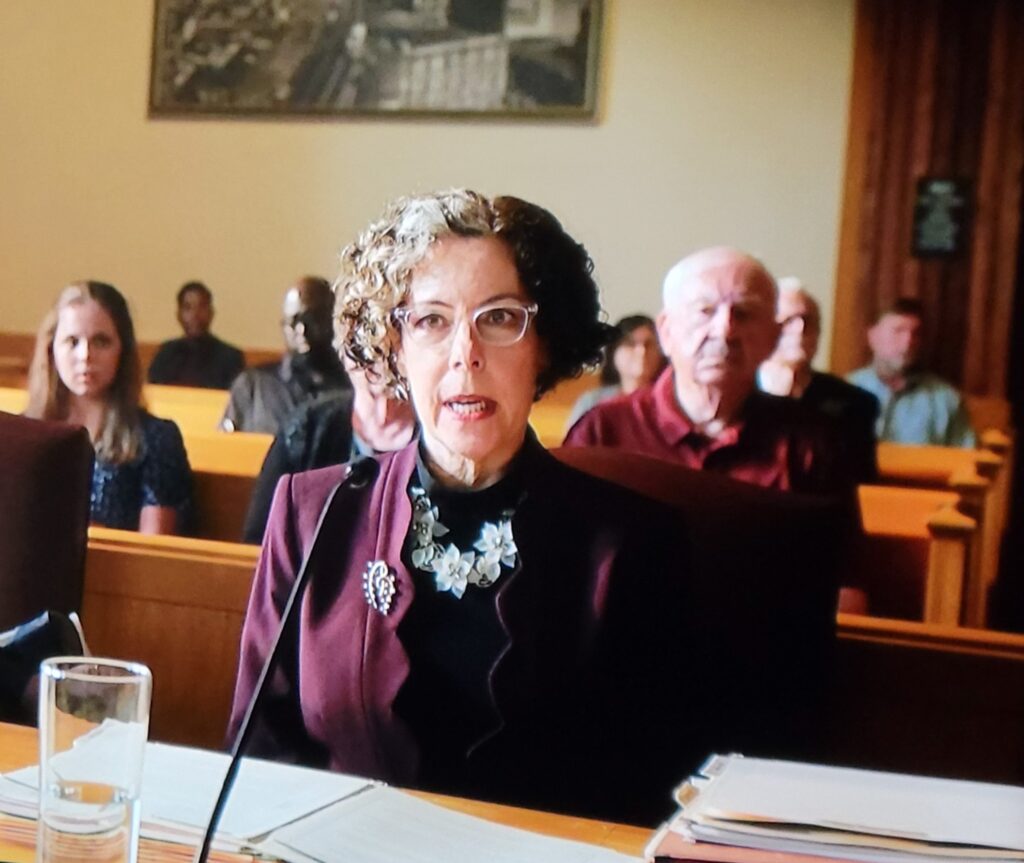 Ruth is a former attorney who got to play one on TV in Marvel Studios' She-Hulk: Attorney at Law on Disney+.  Recent projects include a national TV commercial and hosting a short film for Special Olympics Illinois. If you attend Chicago's Art on theMART, you might hear her welcoming announcement.

Ruth offers seventeen years on-camera and voiceover experience. Credits include numerous fTV shows, features and short films, national and local TV commercials, web series and videos and industrials and thousands of  voiceovers including commercials, e-learning courses, medical/pharma narration, online videos and characters. National and international clients say she has a gift for making dry or technical copy sound interesting. Some of her projects are available to view online.

She has improvised at venues including ComedySportz and iO and has extensive improv and corporate role playing experience. Her improvisational speed talking has been featured on America’s Funniest People and productions including a 24-hour event streamed on Facebook.

Ruth is a storyteller and presents workshops including "Essential Sales Skills for Actors" and "Improv for Authors." She's also the award-winning author of two humorous novels (including My Life as a Star - Top Comedy, Launch Pad Prose Competition 2020), four historical romances and dozens of articles. Her Wars of the Roses Brides trilogy reached #1 Historical Romance on Amazon in the US, Canada and Australia. Ruth's freelance editing skills enhance copy and scripts. For more information, visit ruthkaufman.com.

Empowering Women in Midlife: From Day Job Attorney to Playing one on TV

HollywoodChicago.com: Producing a comedic web series during a pandemic

Lawyerpreneur Podcast: Launching into a second act with Ruth Kaufman

The Love of Acting: Ruth Kaufman on acting, real jobs and romance novels